Margaret River Region: 2 to 5 Nights for Two or Four with Wine and Late Check-Out at Bayview Geographe Resort, Busselton

Included in Two-Bedroom Villa options only:

Situated along the pristine Busselton beachfront and 26 acres of coastal parklands, the Bayview Geographe Resort is the ideal base from which to enjoy the beautiful coastline of the South West and the Margaret River Wine Region. The hotel boasts an extensive range of facilities to suit all types of travellers. These include an indoor heated swimming pool and three night-lit tennis courts, half basketball court, pitching and putting green and a children’s playground. The resort has direct access to the cycle and jogging path along the beach for those after exercise with a view. The hotel caters for corporate functions and features banquet and meetings rooms alike. The fully licensed restaurant, open lawns, picnic areas and BBQ facilities mean visitors don’t have to go far for a meal or picnic.

Duos can make themselves at home, staying in the Studio Room featuring en suite amenities. The Two-Bedroom Villa, on the other hand, sleeps up to four people and features a semi self-contained kitchen with a lounge and dining area. The villa has its own washing machine, dryer and outdoor setting. Settle in for a movie night with unlimited movie hire and make use of complimentary mini golf and tennis equipment hire.

Busselton is the largest town in the Geographe Bay region, with a population of 25000. Considered the capital of the Margaret River Wine Region, Busselton offers a huge range of accommodation and things to do. Enjoy a stroll along the pristine beaches of Geographe Bay and onto the town’s historic jetty - extending 1.8 kilometres over Geographe Bay, the heritage listed jetty is the longest timber-piled jetty in the Southern Hemisphere. At the end of the jetty lies the Underwater Observatory, which provides visitors with the opportunity to experience one of Australia’s greatest artificial reefs. Descend eight metres to the ocean floor via a spiral staircase to view some of the 300 species of vividly coloured tropical and sub-tropical corals, sponges, fish and invertebrates.

East from the jetty is Port Geographe Marina where visitors and locals alike can join the yachts for a drink, ogle dream boats, jump on board a twilight sail, or see the fishing charters’ catch of the day. Running south from the jetty is Queen Street on which is situated the ArtGeo Cultural Complex which features a fusion of art, culture and heritage attractions. Other activities in Geographe Bay include heading south to visit more magnificent beaches, as well as Karri forests and caves, sample a multitude of award-winning wines and beers or savour gastronomical delights such as cheeses, olives, chocolate and ice cream.


• Due to restrictions in place to comply with social distancing some amenities at this property may not be available for use during your stay. Please check with the property upon check-in for their latest information
• Can travel to: 17 Dec 2020

• Saturday night surcharge of $40 paid directly to the property

• Combine vouchers to extend your stay

• Upgrade from Two- to Three-Bedroom Villa available for $40 per night, request when booking

• Studio Villa comes with one queen bed and one single bed; for use of the single bed a surcharge of $25 per night applies, rollaways are not available

• Two-Bedroom Villa comes with one queen bed and two single beds; rollaways are not available

• No daily housekeeping included with this package

---
Booking your next holiday? Need insurance? Save 20% on your next travel insurance policy with InsureandGo - Groupon customers enter the code 'group20' on application. Click here to redeem. 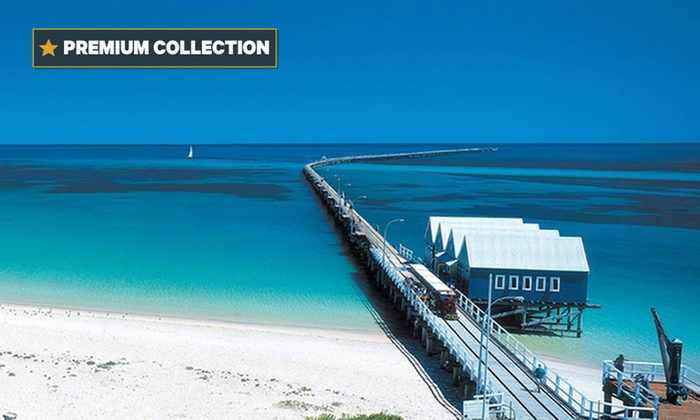 Margaret River Region: 2 to 5 Nights for Two or Four with Wine and Late Check-Out at Bayview Geographe Resort, Busselton