Give as a Gift
Share This Deal
Groupon Travel FAQ

South Coast: Up to 4-Night Retreat for Up to Five with Wine and Late Check-Out at Park Ridge Retreat, Gerringong NSW

Overlooking the coastal village of rural Gerringong, Park Ridge Retreat offers sojourners a chance to unwind and relax amidst the temperate paradise of New South Wales’ South Coast. The hotel is close to the town centre boasting a range of coffee houses, restaurants, and shopping venues. Guests can also dine on site at The Retreat Restaurant.

Couples can stay in either a deluxe or spa room, while groups of four and five can choose a family room, each with a private balcony boasting views of the garden. A bottle of wine upon arrival allows Groupies to toast their trip while gazing out over the coastal surrounds. Late check-out by 12pm on the final day allows guests to sleep in before making their transition back into the real world.

The Area: Gerringong and the South Coast of NSW

Surrounded by spectacular national parks where temperate rainforest opens onto pristine beaches, the NSW South Coast is a nature lover’s wonderland. With breathtaking cliffs and escarpments overlooking the ocean, the coastline is dotted with charming seaside towns such as Kiama and Gerringong, just a two-hour drive from Sydney.

Activities on offer for visitors wishing to explore further include the spectacular 22-km Kiama Coastal Walk, which takes walkers past headlands, rivers, beaches, Kiama town centre and Blowhole Point. Whale and Dolphin watching, Jambaroo Action Park, a range of South Coast and Illawarra craft and produce markets, Boolarng Nangamai Aboriginal Art and Culture Studio, the Minnamurra Rainforest and the Illawarra Fly Tree Top Walk are just some examples of the range of activities, events, and possibilities in this beautiful part of Australia.

• Due to restrictions in place to comply with social distancing some amenities at this property may not be available for use during your stay. Please check with the property upon check-in for their latest information


• Surcharge applied per night on Friday and Saturday nights, any stays between 15-31 Jan 2021, and school holidays:

• Combine vouchers to extend your stay

---
Booking your next holiday? Need insurance? Save 20% on your next travel insurance policy with InsureandGo - Groupon customers enter the code 'group20' on application. Click here to redeem.

4.522 Ratings
4.5
Average of 22 ratings
64%
27%
5%
5%
100% Verified Reviews
All reviews are from people who have redeemed deals with this merchant.
C
ColleenHELPFUL REVIEWER
3 ratings3 reviews
Beautiful room and balcony , perfectly clean , friendly reception and cleaning staff . Had a 2 course dinner at the on-site restaurant which had a lovely ambience and delectable meals for the same price as a pub meal . And the complimentary bottle of wine with the deal was also lovely !!
Helpful
A
AnnTOP REVIEWERHELPFUL REVIEWER
25 ratings16 reviews
We LOVE the rooms, position of the retreat, the staff, the little things in the room ie, plates, wine glasses, toilet spray etc, the little things make such a difference.
Helpful
R
RobynTOP REVIEWER
7 ratings7 reviews
The owners are such friendly, hard working people.
Helpful
P
PamelaTOP REVIEWERHELPFUL REVIEWER
55 ratings40 reviews
Location is great - right in the heart of Gerringong. It appears that the hotel has recently been upgraded and the styling, and features are beautiful. Very comfortable bed and pristine cleaning. WE really enjoyed our stay - thank you!
Helpful
L
LynnetteTOP REVIEWERHELPFUL REVIEWER
96 ratings58 reviews
Very welcoming. Room was clean and bed was wonderful. Best nights sleep. Had breakfast and dinner once in the dining room and both meals were presented well and delicious.
Helpful
K
KevinTOP REVIEWER
8 ratings6 reviews
Quite and well managed. Very clean and good food.
Helpful
F
fionam
1 ratings1 reviews
So looking forward to staying there again......
Helpful
replied
View Comment +
H
Heather
4 ratings3 reviews
Central good staff value for money
Helpful
replied
View Comment +
See all reviews
Earned when a user has written 5 or more reviews
Want to earn this badge? Share 3 or more photos
Earned when a user has gotten 2 or more helpful votes
Close
Choose Your Deal Option: 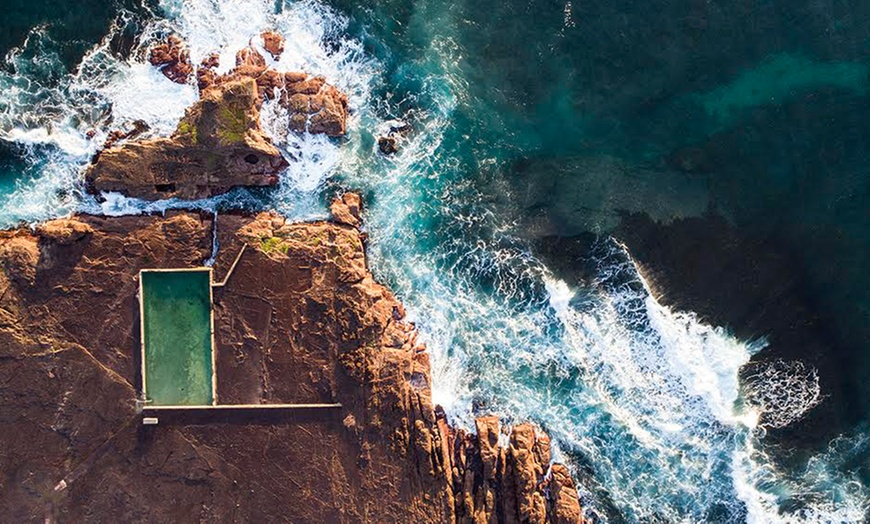 South Coast: Up to 4-Night Retreat for Up to Five with Wine and Late Check-Out at Park Ridge Retreat, Gerringong NSW