Sydney: Up to 3-Night Getaway with Breakfast

Situated steps away from Rosehill Gardens and near Parramatta CBD, Rydges Parramatta welcomes guests to a premium getaway, with a large open-plan lobby that leads them to a range of modern-style rooms and a number of on-site amenities, including restaurants, bars, a swimming pool, Turkish steam bath, and gym.

The local area offers plenty of things to do. The hotel sits across from Rosehill Gardens Racecourse and a short drive from the bustling Parramatta CBD, ANZ Stadium, Bankwest Stadium, Qudos Bank Arena, Raging Waters Sydney (formerly Wet’n’Wild Sydney), and Sydney Olympic Park. Attractions located further away can be easily visited thanks to the shuttle bus service provided by the hotel.

Leisure and business travellers alike can kick back in one of the spacious rooms boasting contemporary design, light colours and large windows overlooking the city’s skyline. The bedrooms come equipped with flat-screen TVs, hot drink-making facilities, workspaces with desks, and seating areas with comfy sofas, as well as Rydges Dream Beds to finish off the day.

Sydney is a cosmopolitan mix of attractions that have been delighting visitors for decades. The most populous city in Australia, Sydney is known for being cutting edge, down-to-earth and a mecca of diversity where natural and manmade sites abound. Home to the Harbour Bridge, Opera House and golden Bondi Beach, the city buzzes with an infectious energy that enchants travellers both from neighbouring states and further around the globe.

Embark on a self-guided tour of the city, weaving up to Circular Quay to see the iconic Sydney Harbour Bridge and the Opera House. Then stroll over to The Rocks to learn about the city’s history, where cobbled streets, Aussie pubs and weekend markets present a cultural experience. Back at the Quay hop on a ferry bound for Balmain or Manly, appreciating the water views and snapping photos of waterside properties and the CBD skyline.

Hit up suburbs like Paddington and Surry Hills for trendy boutiques, hip bars and creative restaurants or jump on a ferry to Taronga Zoo, Balmain or Mosman. In the city, spread time between museums, galleries and waterside locations like Darling Harbour and Circular Quay. Wrap up the day with high tea in a swish hotel or authentic meal in Chinatown.

• Due to restrictions in place to comply with social distancing some amenities at this property may not be available for use during your stay. Please check with the property upon check-in for their latest information
• Deal is valid for 2 people

• Purchase your voucher and book online via https://www.groupon.com.au/reservations

• If you received your voucher as a gift, sign in or register for a Groupon account then click on the 'Received a gift? Book Now' link in the top right


---
Booking your next holiday? Need insurance? Save 20% on your next travel insurance policy with InsureandGo - Groupon customers enter the code 'group20' on application. Click here to redeem. 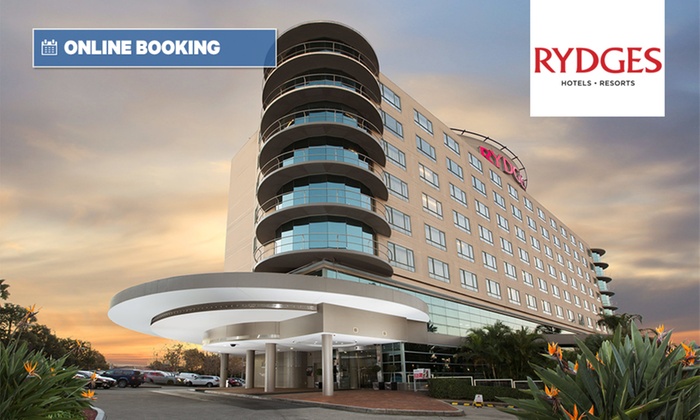