Timetable is subject to change. 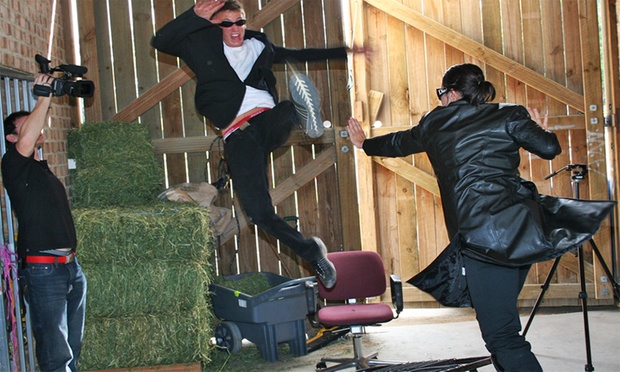 Stunt Academy Experience are the official trainers for Universal Studios Japan Stunt Academy. The academy was founded by Colin Handley, a nine-time national black belt champion who had worked with famous stars like Arnold Schwarzenegger, Sylvester Stallone and Jean Claude Van Damme. After a string of roles in Warner Studios, Colin saw the need for a well-planned stunt academy and so, in 1996, the Stunt Academy Experience was established to produce world class stunt performers.

• Limit of 1 voucher per person
• Purchase up to 5 additional as gifts
• Valid for those above 12 years
• Subject to availability and weather conditions; date may be changed if necessary
• Original value verified on: 26 Feb 2015
• Standard fine print for all deals